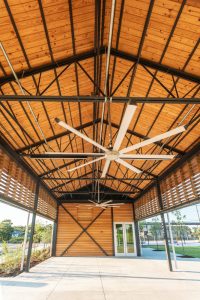 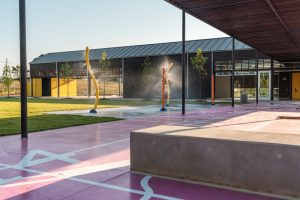 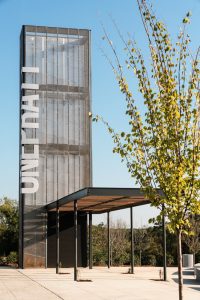 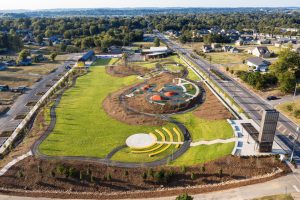 The One Pratt Park project is not only a one-of-a-kind facility for the City of Birmingham, but is a special project for Stone Building Company. Pratt City, located in the surrounding Birmingham area, was one of the communities affected by the historic tornado outbreak in April 2011 that damaged many communities throughout central Alabama.  The Pratt City community experienced the devastation caused by an EF5 tornado during that outbreak.

The One Pratt Park facility is now a landmark for the Pratt City and greater Birmingham community. One Pratt Park includes several components that establish its unique character including an seven acre park with extensive walking paths, an iconic tower, ampitheatre, large playgrounds, musical instruments, picnic areas, a tapestry of native plantings, a reading garden, misting splashpad, reclaimed brick and granite streambeds, reclaimed wood seating, and a map incorporating the history of Pratt City and its original development.